Marquetry consists of using several species of natural or dyed wood to create a more or less complex decor, ranging from simple geometric patterns to bouquets of flowers.

Born under Ancient Egypt where the work of marquetry consisted in inlaying in the mass by carving the wood (Tarsia certosina) all kind of materials to decorate the various objects, it will disappear later to reappear only with the italin Renaissance. Dyed horn, bone, ivory and hard stones will be used in large ebony cabinets. But it is in the inner part, called « theatre », that all the talents of these craftsmen will be revealed to reveal true gold mines. We will play with the contrasts of the woods to create real decorations (often architectural) in « trompe l’oeil » enhanced with mirrors in the background to give depth. He will give his name to the « Boulle marquetry »

These masterpieces quickly influenced the work of craftsmen in France and it was then in the 17th century that marquetry was totally imposed on furniture decorations by completely covering them with grotesque scenes and foliage. Andre-Charles Boulle will be the emblematic cabinetmaker of the period thanks to the invention of a new technique « Tarsia a incastro » which will consist in cutting the motifs by juxtaposing several thicknesses of materials . The tortoise shell will be dyed red and the brass engraved with the details of the drawing.

Marquetry reached its peak in the 18th century with an unprecedented degree of precision. Thanks to the multitude of wood species that will be used to enrich the decor, we will then speak of « wooden painting » or real « paintings ». Thus, each piece of the drawing will be cut one by one to be assembled like a puzzle (« element by element » technique). Jean François Oeben and his apprentice Jean Henri Riesener will undoubtedly be the emblematic cabinetmakers of the time thanks to the monumental work of the famous « King’s cylinder desks ». 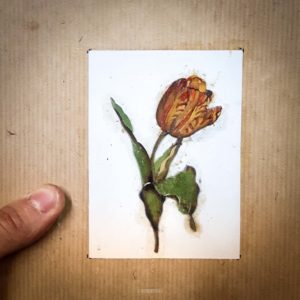 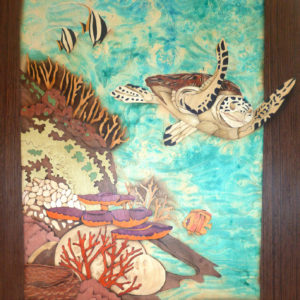 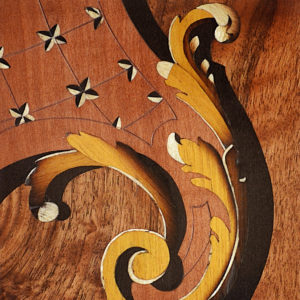 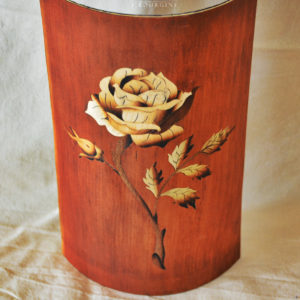 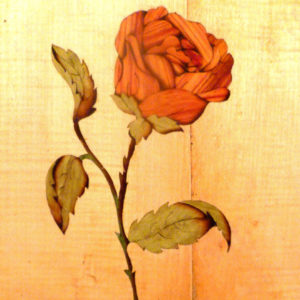